What is swine flu?

Swine flu is a form of flu, which scientists believe originated in pigs. The human illness is caused by a strain of the flu virus known as H1N1.

Swine flu first hit the headlines in April 2009 and has spread across the world since; millions of people have now been affected with China and Mexico the worst-affected areas. In the U.K thousands of people have been diagnosed with swine flu but the vast majority of people have recovered well.

Many of the symptoms associated with swine flu are similar to those related to common seasonal flu, although most people experience exaggerated symptoms and feel much more poorly with swine flu than normal flu.

Common symptoms include a runny nose, head and muscle aches, a sore throat, sore ears, feeling lethargic and run down and a loss of appetite; some people may also experience feelings of nausea.

If you think you have swine flu

If you think you may be suffering from swine flu and have 2 or more of the symptoms listed above, you should contact the National Pandemic Flu Service; you will be put through to an operator who will ask you some questions in order to determine if you have swine flu. If you are diagnosed with swine flu, you will be given a reference number which will enable you to get the appropriate medication for a local collection point.

The majority of those who are diagnosed with swine flu will be offered anti-viral drugs to combat the infection and ease the symptoms. You should also try to get plenty of rest and keep your fluid intake up.

Preventing the spread of swine flu

If you have swine flu you should try to keep yourself away from other people; this may mean children staying off school and adults taking time off work; try to avoid busy areas such as train stations and supermarkets, for example. If you cough or sneeze, make sure you cover your mouth and then wash your hands; you should also take time to dispose of any used tissues. 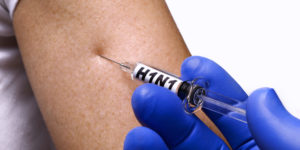 People in the U.K are now being offered the swine flu vaccination. Currently, doctors are offering the injection to vulnerable groups of people; these include children under the age of 5, people with asthma and respiratory illnesses, people with pre-existing serious health conditions and vulnerable people over the age of 65.