Imagine reaching your mid-thirties and deciding now is the perfect time to start a family only to find that you can’t conceive. Most likely you would blame your biological clock rather than your teenage sex life. But for many of today’s teenagers this could well be the situation facing them in twenty years time. Figures recently released by the National Chlamydia Screening programme show a huge increase in sexually transmitted infections amongst the under-16s over the past five years. Rates of Chlamydia infection have risen by 90%.

Chlamydia is a threat to fertility because if left untreated it can lead to Pelvic Inflammatory Disease which can cause permanent scarring effectively blocking the fallopian tubes and preventing conception. 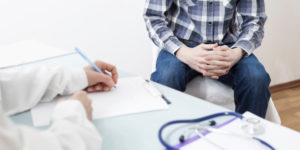 Most teenagers understand the immediate risk of pregnancy and will take the necessary measures to prevent it, but the irony is that the risk to their future fertility from a disease that often has no symptoms is not so apparent. Barrier methods of contraception such as the male and female condom provide effective protection against most STIs (sexually transmitted infections) but the contraceptive pill offers no such protection.

Although statistics show that there has been a slight rise in the use of condoms, this is more likely to be due to the falling popularity of the contraceptive pill than a response to the government’s campaign to raise awareness of STI’s. 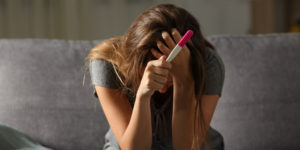 Additionally, the Teenage Pregnancy Strategy, making sex education and contraception more widely available, has not helped this particular problem. Some believe that this campaign actually encourages casual sex which is a major contributor to the spread of STIs.

So the solution is not easy or clear. But until this age group recognise the link between sexual behaviour, contraception choices and the hidden threat to their reproductive health, we could be heading for a future fertility crisis.