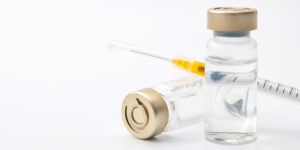 The immunisation programme has helped to protect millions of people against a variety of different illnesses and also significantly reduced the prevalence of harmful disease across the U.K.

Most immunisations are given to babies and young children; this enables them to build up a resistance to particular illnesses and produce antibodies to fight off infections. The NHS invites all babies born in the U.K to attend a number of routine immunisations which protect against illnesses including tetanus, polio, measles, mumps, rubella, diphtheria, whooping cough, pneumococcal infections and meningitis. Some injections are given in single doses while others require 2 or 3 different injections. Booster injections may be needed in some cases, such as tetanus and polio as these should ideally be topped up every 10 years.

All girls aged between 12 and 14 are now being offered the HPV immunisation to protect against cervical cancer.

Tuberculosis used to be common in the U.K so the BCG immunisation was brought into the routine immunisation programme to reduce the number of cases and build up a resistance to the illness. The BCG injection was offered to teenagers around the age of 13 or 14. Today, the BCG has been removed from the routine immunisation programme as cases of tuberculosis are so rare in the U.K now. You may need to have a BCG vaccination if you are travelling to an area where tuberculosis is prevalent; you should consult your GP for further advice.